To get consistent results you have to hit the ball consistently. There are many variables you can put into your shotmaking, but there must be one constant that those variables play off of, and that constant is hitting the ball on the center of the clubface.

If you want a good short game, you don’t build it around a bagful of shots. You build it around a predictable response every time you hit the ball, and the only way to do that is to hit the ball off the same spot of the clubface every time. Then you can add on variables that make the ball do this or that, but you know that when the ball does something different it was because of the variable you added on, and not from missing the strike.

It pays to know how far you hit your irons, but if you hit the ball on different places on the clubface each time, you will never be able to take advantage of that knowledge to get the ball close to the pin.

We all know about putting, don’t we? Every piece you read on putting that goes into it in any depth stresses the importance of hitting the ball on the sweet spot. You might have the perfect stroke for a twenty-foot putt, but if you miss the sweet spot, the ball will only roll eighteen feet. And off line.

If you can hit the ball on the center of the clubface every time, you don’t have to practice very long to get your feel for a particular shot. Hitting the ball all over the face leaves you confused at the range and guessing on the course.

So if you want to take me up on the one-year program, spend it doing this. It is the end of the golf stroke. Swing mechanics are the means. To learn ball-striking with this end in mind, you will have to swing the club correctly, no matter what the shot is. You can’t hit the ball consistently on the middle of the clubface without doing a lot of other things right at the same time.

Start with your putter and see if what I just said isn’t true. By the time you have developed a stroke that lets you hit the ball on the sweet spot consistently, you will also have developed a stroke that returns the clubface square to the starting path and moving in line with it. It can’t happen any other way. Then transfer that awareness to the rest of your game, one shot at a time, one club at a time.

Let me end with a story about Ben Crenshaw. This is from the days when metal drivers were being introduced to replace wooden drivers. A rep approached Crenshaw with the pitch that the metal driver would make it a lot easier to hit the ball off the sweet spot. Crenshaw took the driver out of his bag, showed the rep a worn spot on the center of the clubface about the size of a dime, and said, “I don’t have any trouble hitting the sweet spot.” 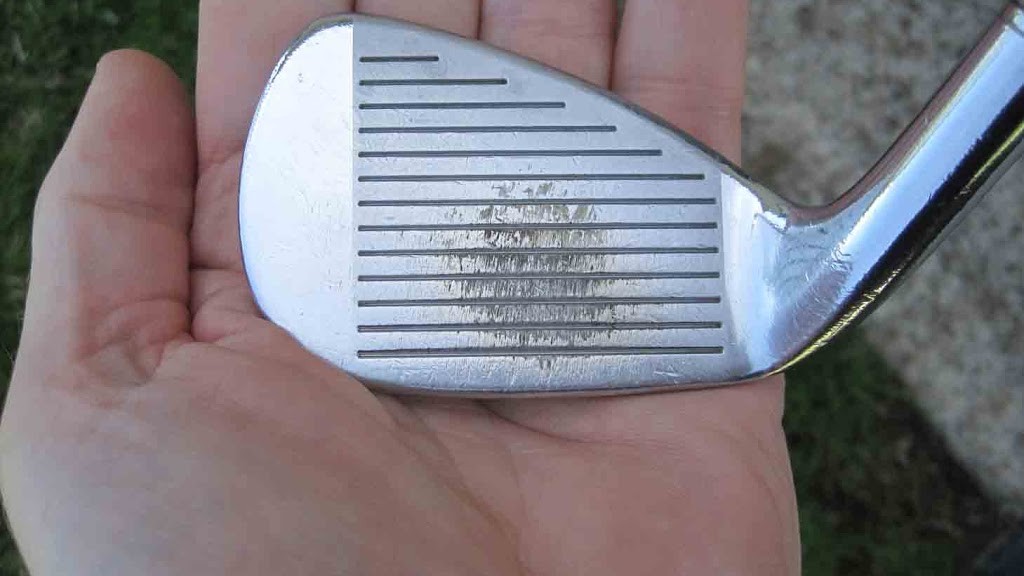 Golfers want to hit good shots. Shots that take the ball where they want it to go. Sounds pretty obvious. The mistake golfers make is in not focusing on the result of the shot is putting the cart before the horse. What golfers must be concerned about, perhaps the only thing they should be concerned about when it comes to ball-striking of any kind, is clean contact.

There is a virtual instant, 5 milliseconds, 1/2,000th of a second, in which the clubhead is in contact with the ball. Geometry of the point of contact and the speed of contact is all there is to hitting the ball. The lessons you took were all designed to increase your chances of getting the correct geometry in place to that you could hit a shot you could play with.

Let me say this in a different way. Once I thought that my goal was to be able to hit the ball straight on command. Now I believe that my goal is to put the clubhead on the ball the same way and in the correct alignment. Making that conceptual switch has made all the difference in my improvement.

You want to see first-class ball striking? This is what it looks like: This is the 9-iron that belongs to one of the pros at my range.

Get this by slowing down your swing until you are hitting the ball off the center of the clubface. It’s that easy to do. Just slow down.

Don’t worry about losing distance. The center of the clubface is Distance Central.

If you’re willing to work at it like this, and it will be work, then you will be able to play boring golf — drive, iron, putt, putt (repeat seventeen times).

My new book, The Golfing Self, now available at www.therecreationalgolfer.com. It will change everything about the way you play.