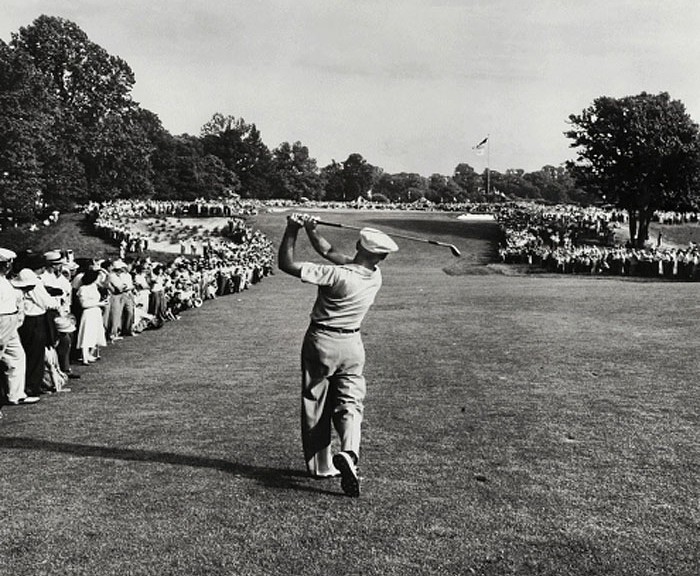 For those of you in the Ben Hogan fan club, today is your day. It is the 100th anniversary of the Master’s birth, in Stephenville, Texas (about 60 miles SW of Fort Worth). Hogan is the ultimate self-made player, winner of five U.S. Opens (the Hale in 1942 counts), numerous other major titles and PGA titles, and probably the most iconic golfer of all time.

There is so much to be said about him, that I don’t know where to begin, and you probably know all of it, anyway. I’ll just let some famous pictures do the talking. This is how it’s done. The Hogan downswing from the Wonderful World of Golf episode in 1965 where he hit every fairway and every green. See this video of his swing on YouTube:
http://www.youtube.com/watch?v=Q5s7o2HFbh4

See also:
Miracle at Merion, by David Barrett
and
Afternoons with Mr. Hogan by Jody Vasquez

For the 85 photos that were used as models for the Anthony Ravielli drawings in Five Lessons,
The Fundamentals of Hogan, by David Leadbetter

and finally,
Five Lessons: The Modern Fundamentals of Golf, by Ben Hogan